SPRINGS OF THE ABYSS

Here is an exert of the article [I just love the beginning of this article - oh irony]:

"A battered diamond that survived a trip from "hell" confirms a long-held theory: Earth's mantle holds an ocean's worth of water.
"It's actually the confirmation that there is a very, very large amount of water that's trapped in a really distinct layer in the deep Earth," said Graham Pearson, lead study author and a geochemist at the University of Alberta in Canada. The findings were published today (March 12) in the journal Nature."

The entire article can be found at: Ocean's Below

Well this is just another example of secular science catching up to the WORD OF GOD.

Let's take a look at Genesis 7 : 11 :
In the six hundredth year of Noah's life, in the second month, the seventeenth day of the month, the same day were all the fountains of the great deep broken up, and the windows of heaven were opened.

Again in Genesis 8 : 2 - 3
2 The fountains of the deep and the windows of the heavens were closed, the rain from the heavens was restrained,
3 and the waters receded from the earth continually. At the end of 150 days the waters had abated...

The Hebrew used here is tehowm [H8415]; which means deep places [subterranean waters] or the Abyss 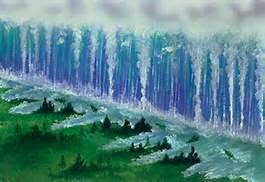 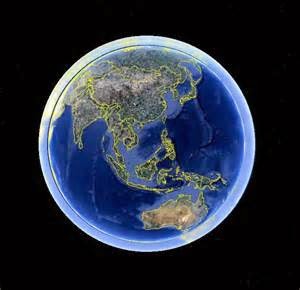 So the Flood was two fold [according to Scripture]:
1 + 2 = Massive GLOBAL flooding of EPIC proportions!!!

My prayer...my hope is that all Believers would learn to trust in the WORD of GOD rather than assume human knowledge is greater.

Be Blessed by the Abundance of HIS GRACE, that is YESHUA the MESSIAH!

~ Your ongoing prayers help make this ministry a reality ~